An amazing term at Barnehurst has seen huge participation from every year, with fantastic successes in football, athletics, orienteering and cricket! 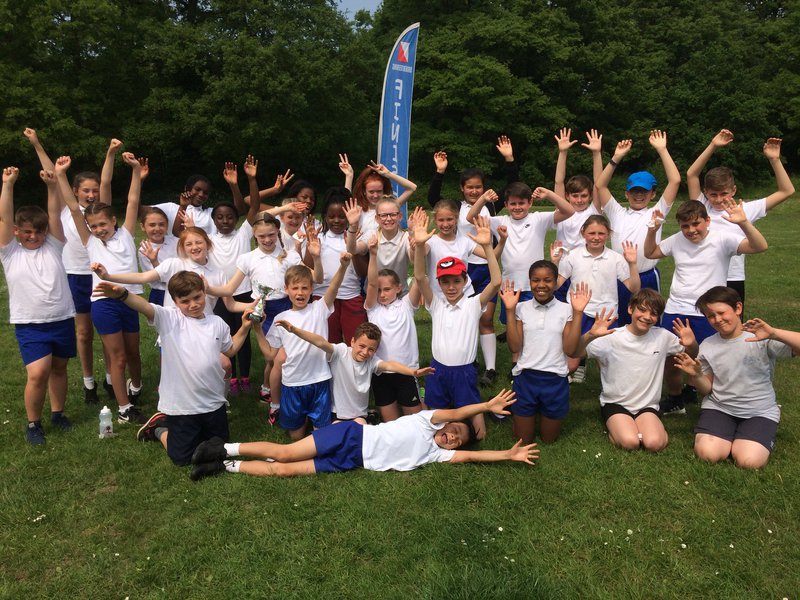 It has been an amazing half-term of sporting achievement at Barnehurst, with some quite amazing individual and team performances!

We'll begin with our Quadkids team, who set off for Erith Stadium in the afternoon of May 3rd. In the four events of 75 metres, 600 metres, vortex throwing and standing long jump the children produced some stunning performances, with fantastic individual displays in all events. What was even more pleasing however was the way the team supported each other; recognising that to achieve their goals every member of the team was vital, whilst also pushing themselves for their teammates in the events they personally found more difficult. Indeed we received many comments from games officials and other teachers commenting on the talent and sheer determination of our athletes. We were therefore obviously delighted to tell them the next day, once the results had been announced, that they had won the whole competition! This means that the children will represent Bexley at the London Youth Games in July, where they will get the opportunity to compete with all the other London borough winners at Crystal Palace athletics stadium. This will be the 3rd time in 4 years that Barnehurst has achieved this - an amazing effort by Lucas, Mason, Harry, Thomas, Millie, Jasmine, Alissia and Ruby, who was the top scoring girl in the whole of Bexley. This years group have even managed to get the highest total number of points than all previous Barnehurst teams - wow!

The very next day we sent two teams to the annual Junior Reds girls football tournaments for years 4 and 6, held at Danson Youth Centre. Having won the competition last year, our year 6s came into the event with their usual great levels of determination and swept through the group stages with wins over De Lucy A and B teams (1-0 and 3-0) St Georges (5-0) and Junior Reds U9s (4-0). This meant they went through to the final to play our season-long rivals Bedonwell, who we had lost to recently in the Tony Linnett Cup final. A fantastically committed display by the girls however meant we managed to secure a 1-0 victory and take home the trophy! Brilliant displays by Freya, Summer, Bethany, Grace, Jasmine, Millie and Ruby! What made the day even more special was the fantastic performance of our year 3/4 girls - in a competition with Bursted Woods and St. Fidelis the girls won five and drew one to also take home the year 4 trophy! A fantastic display in what were the girls first matches together - congratulations to Willow, Abigail, Joy, Tia, Grace, Molly and Sophie!

Our year 6 girls were not finished there however - on Saturday 19th of May they took part in the Bexley Summer 7s tournament; the oldest girls event on the Bexley calendar that began in 1994, the year girls were officially allowed by the FA to take part in competitive football. The girls were also defending the title they won so brilliantly last year, and topped their group with a 3-0 win over Old Bexley and a 0-0 draw with Eastcote. A 4-0 win over Dulverton in the quarter-final meant a tough semi-final fixture against Upton, which the girls battled through to win 2-0, needing some great one-on-one saves by Freya along the way. The final was against Old Bexley, who had improved throughout the morning and had knocked some very good teams out en route to the final. In a tough first half we even conceded our first goal of the day, but raised our game fantastically in the second half - a great team goal finished by Jasmine and a fantastic free-kick by Ruby being some highlights - to win through 4-1 and take the trophy for a second year in a row! Absolutely superb - over the last two years these girls have won an incredible six trophies, placed 4th in the whole of Kent and 16th in Greater London; amazing efforts that will never be forgotten and almost certainly never repeated - a true privilege to have them at Barnehurst.

Tuesday the 22nd of May was the Bexley Orienteering event; an opportunity for 30 year 6 children to compete against other schools on a sunny morning in Danson Park. After some training exercises the competition began and it was fantastic to watch the energy and commitment all the children displayed in their map reading and sprinting with all their might to reach the targets in the quickest time possible. It was a nervous wait for all the times to be collated and converted into points, but the cheering and screams of delight were a sight to see when it was announced that Barnehurst had just pipped Barrington and Upland to take the trophy! Fantastic effort by everyone - a wonderful day was then completed with lunch in the park followed by celebrations in the water park!

On Thursday 23rd of May our girls competed at the Bexley girls cricket tournament at Sidcup Cricket Club. Despite being the first competitive matches the girls had played together they improved very quickly as the games went on, managing to beat Eastcote, Belmont and Bursted Woods to top their qualifying group. In a very tense semi-final the girls bowling and fielding improved rapidly and, though both the girls and Danson scored 233 runs, Barnehurst advanced on the amount of wickets taken! The final against Old Bexley was another nail-biting affair, but the girls performed admirably against the Bexley and Kent champions from last year - being edged out by only three runs. Although disappointed the girls spirits were quickly lifted when they were told that, as Bexley runner-up, they will advance to the London Youth Games as the representatives of Bexley! An amazing achievement and a fitting reward for their endeavours - well done to Bethany, Grace O, Grace A, Ruby, Jasmine, Leah, Isobel and Hollie!

Some stunning achievements by the children of Barnehurst - every year group has played a part and it is already the most successful year the school has already had. Well done everyone! 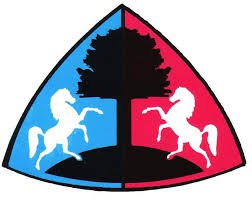 A two-form entry school in Bexley, Kent that is hugely enthusiastic in bringing out the huge potential of all our children in PE and Sport.