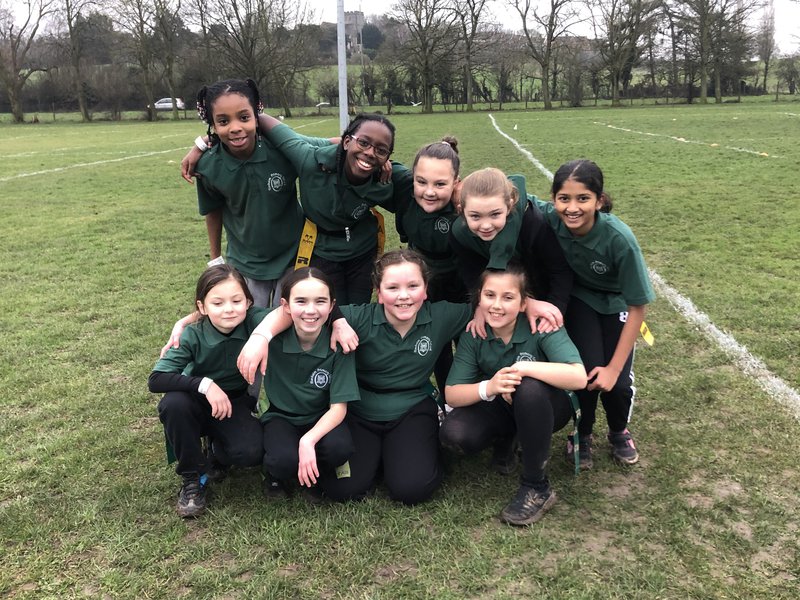 There were a total of 16 teams, split across 4 pitches.  Each match lasted a total of 7 minutes.

The Year 5 girls were very excited but were also understandably nervous about taking part in their first ever tag rugby competition however they did not disappoint and proved to be exceptionally quick learners.

At the tournament we played a total of 3 games. The results are as follows:

The girls had so much fun that they insisted on playing an additional friendly game that we set up with another team at the event.

We played a fourth and final against Hawes Down but unfortunately lost 2-1.

Despite not progressing on to the semifinals or final the girls were not defeated or deflated. They thoroughly enjoyed the event and this was clear to see from the smiles on their faces. They loved the tournament so much that they were not even back on the minibus before they had asked for a school rugby club to be set up and for the next date that they will be able to compete again.

The girls appear to have found a new passion for a new sport which we will now develop further in school.

The girls showed fantastic sportsmanship and were a real credit to the school. We left feeling very proud.

Blenheim Primary School is a member of the E21c Academy Trust and is part of a growing community where parents and staff work together in an atmosphere of cooperation to promote a love of learning and the development of the whole person.