The Tesla Class Squash Finals took place this afternoon. After six weeks of professional coaching from Steve, a clear improvement can be seen in all of the children's progress in this sport.

After a heated and competitive round of heats, our four finalists (Kymani, Oscar, Macie and Chiara) took centre court for the final. First up, the girl's final. Both girls looked serious as they took to the court and after a close start and with the match drawn at 3-3, Macie won the final two points to be crowned Tesla Class Girls Champion! Next up on centre court was the boy's final between good friends Kymani and Oscar. Both boys had smiles on their faces but determination in their eyes. They matched each other throughout with the match tied at 4-4 and so Steve called for a tie-break. To win, either of the boys now needed to win 2 consecutive points to take the match however they both one point each taking it to another tie-break at 5-5. AT this point Oscar stepped up and narrowly squeezed past Kymani eventually winning 5-7 to be crowned Tesla Class Boys champion!

Now to crown the overall Tesla Squash Champion! Macie representing the girls vs Oscar for the boys. Macie took an early lead quickly going 3-1 up however this only spurred Oscar on who came back to eventually take the match to a tie-break at 4-4. Both players won a point each to take the match to the second tie-break of the match- our second of the afternoon. Oscar then confidently stepped up to win the remaining two consecutive points that he needed to win the match 5-7 and claim the coveted title of Tesla Class Squash Champion 2019!

Oscar (Tesla) powered to victory in the Tesla vs Curie Year 4 Championship winning 5-0 against James (Curie).

A big thank you to Steve for the past six PE sessions in which Tesla class have been introduced to the sport of Squash. Huge improvements in all of the children has been evident week to week culminating in today's final. Well done to all children for taking part and trying a new sport and again, thanks to Steve our coach. 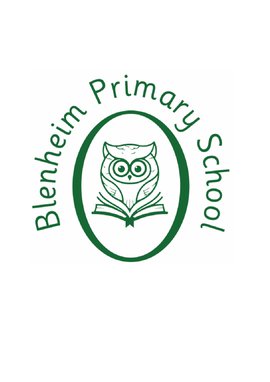 Blenheim Primary School is a member of the E21c Academy Trust and is part of a growing community where parents and staff work together in an atmosphere of cooperation to promote a love of learning and the development of the whole person.