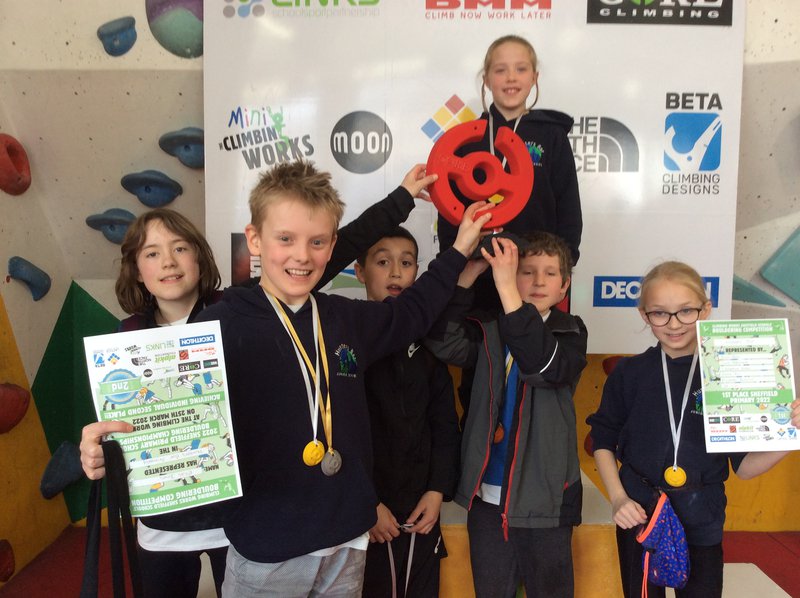 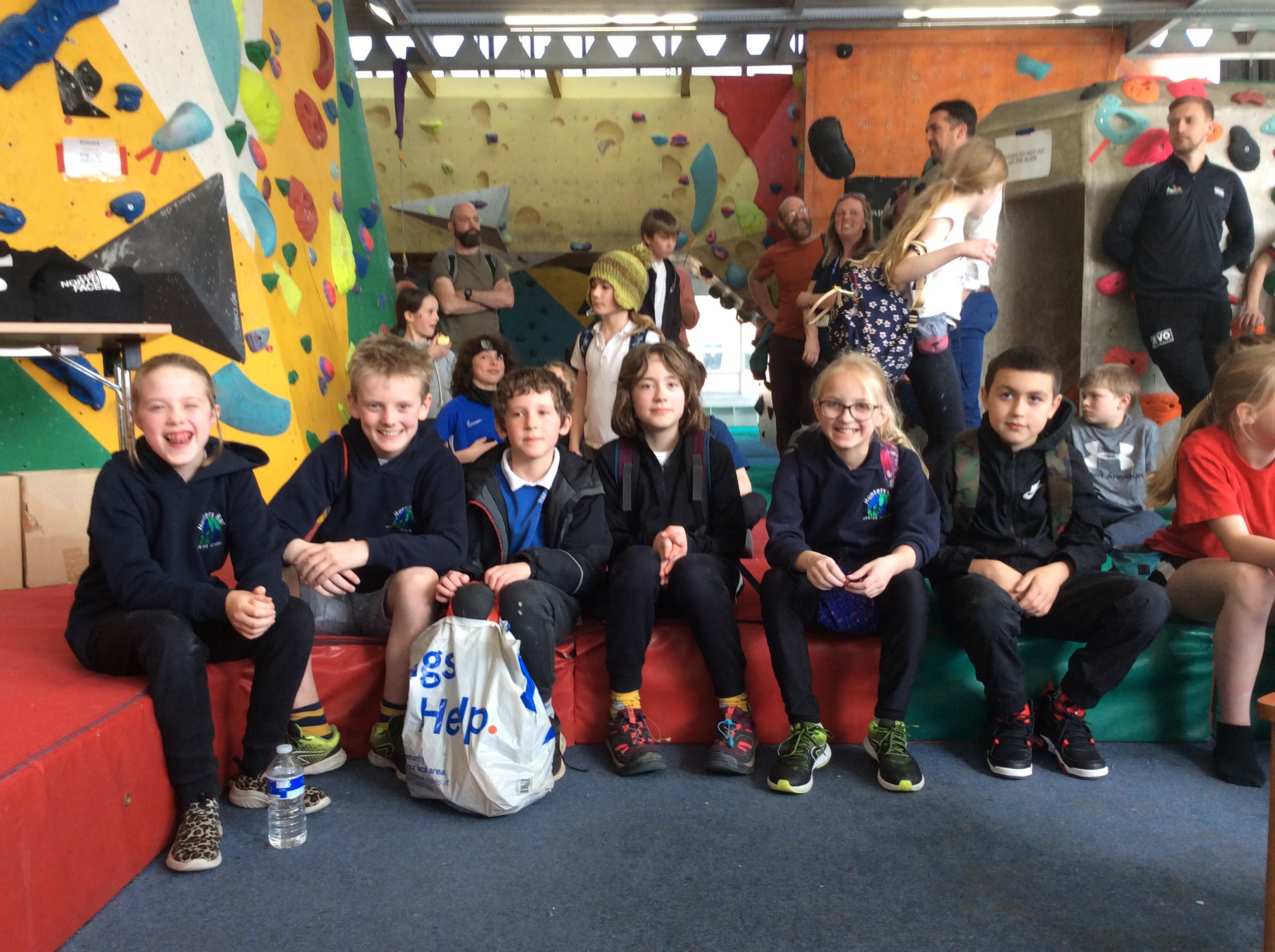 We had a 9am start and when we arrived we listened to a briefing explain the day and then had to do a warm up. In the previous competition we did the Wasps but for this one we did the Mints. 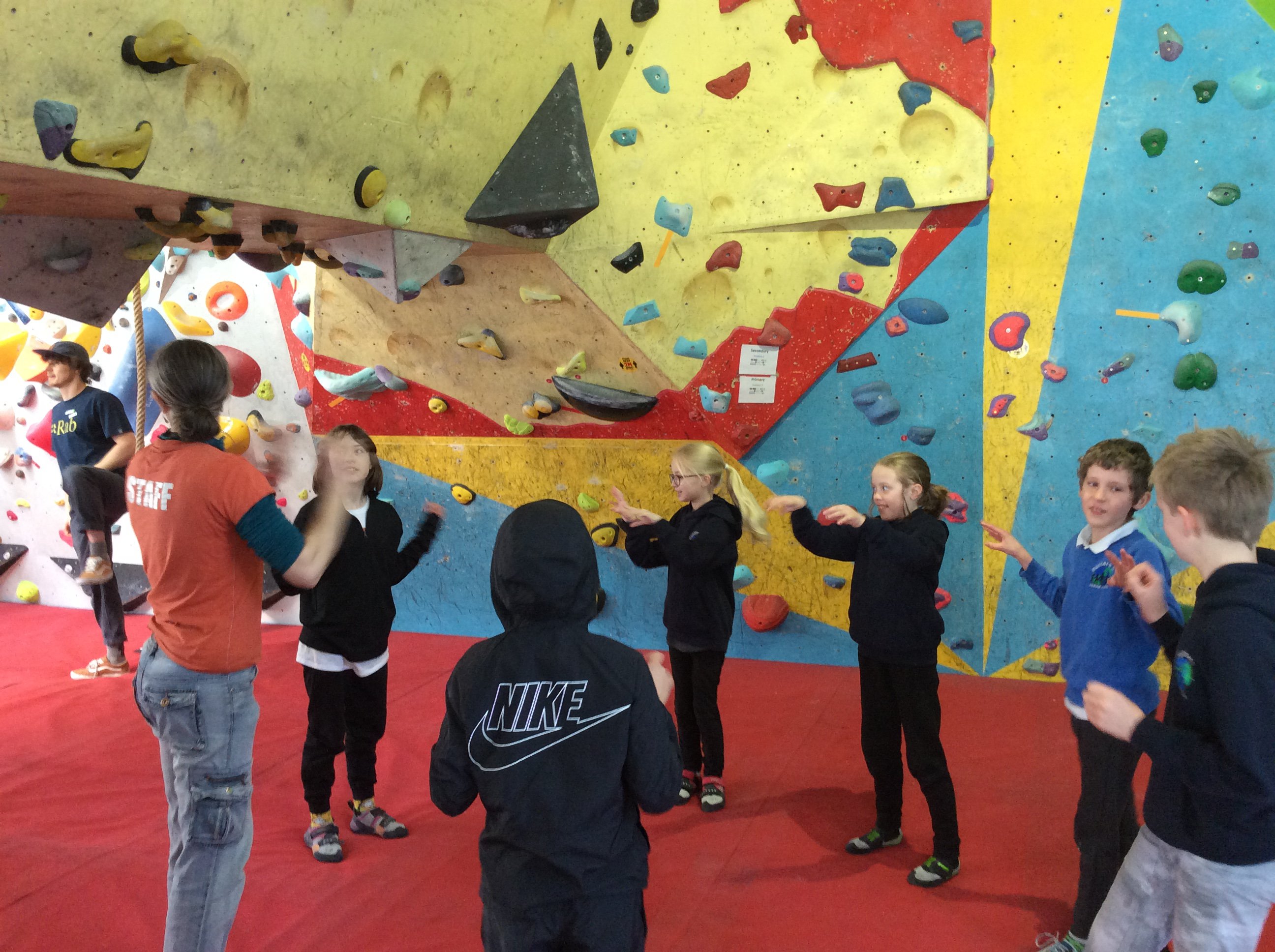 After all of our climbs we had individual awards with JL picking up the award for HBJ (a chalk bag). This was happening whilst they added up the school points. There was an award for the top three girl climbers and boy climbers. EJ and OS picked up 2nd and 3rd place (respectively) in the individual boys' competition and won a medal and a goodie bag. 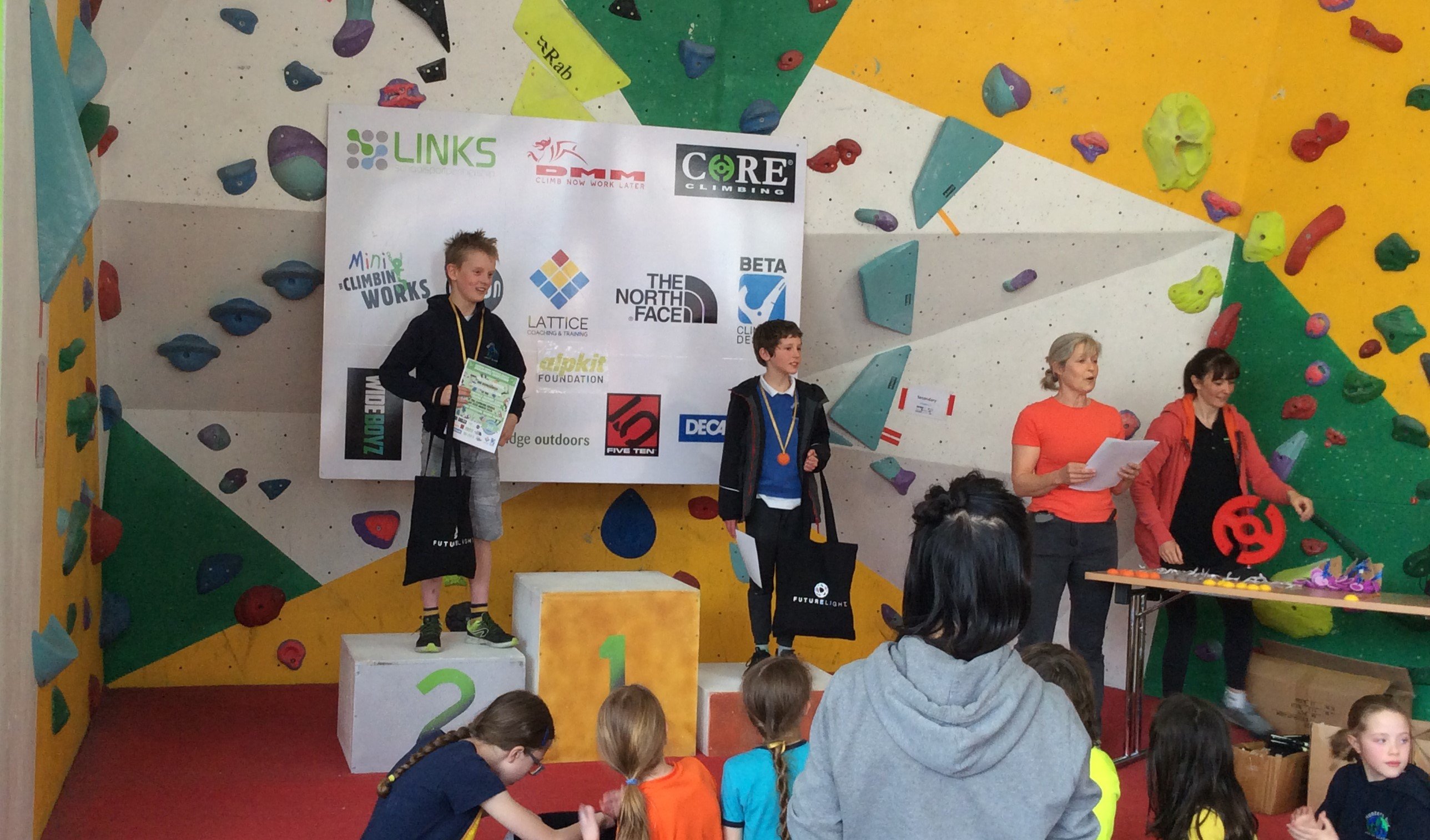 After this we found out the top 3 schools in reverse order and we were declared the winners. We had the choice getting a ball of chalk or a notebook as our prize as well as a medal and the trophy (which has been added to our collection see below) 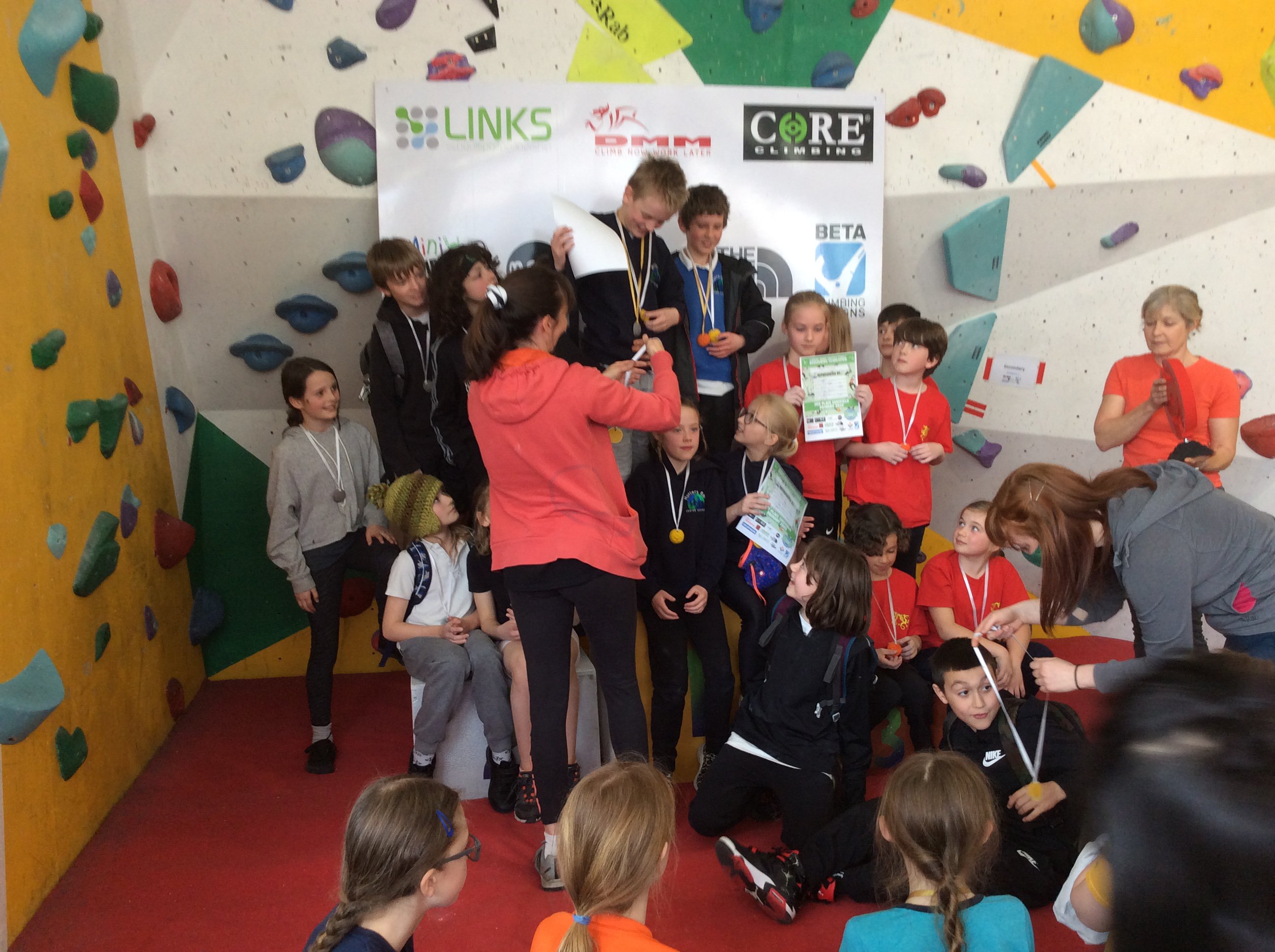 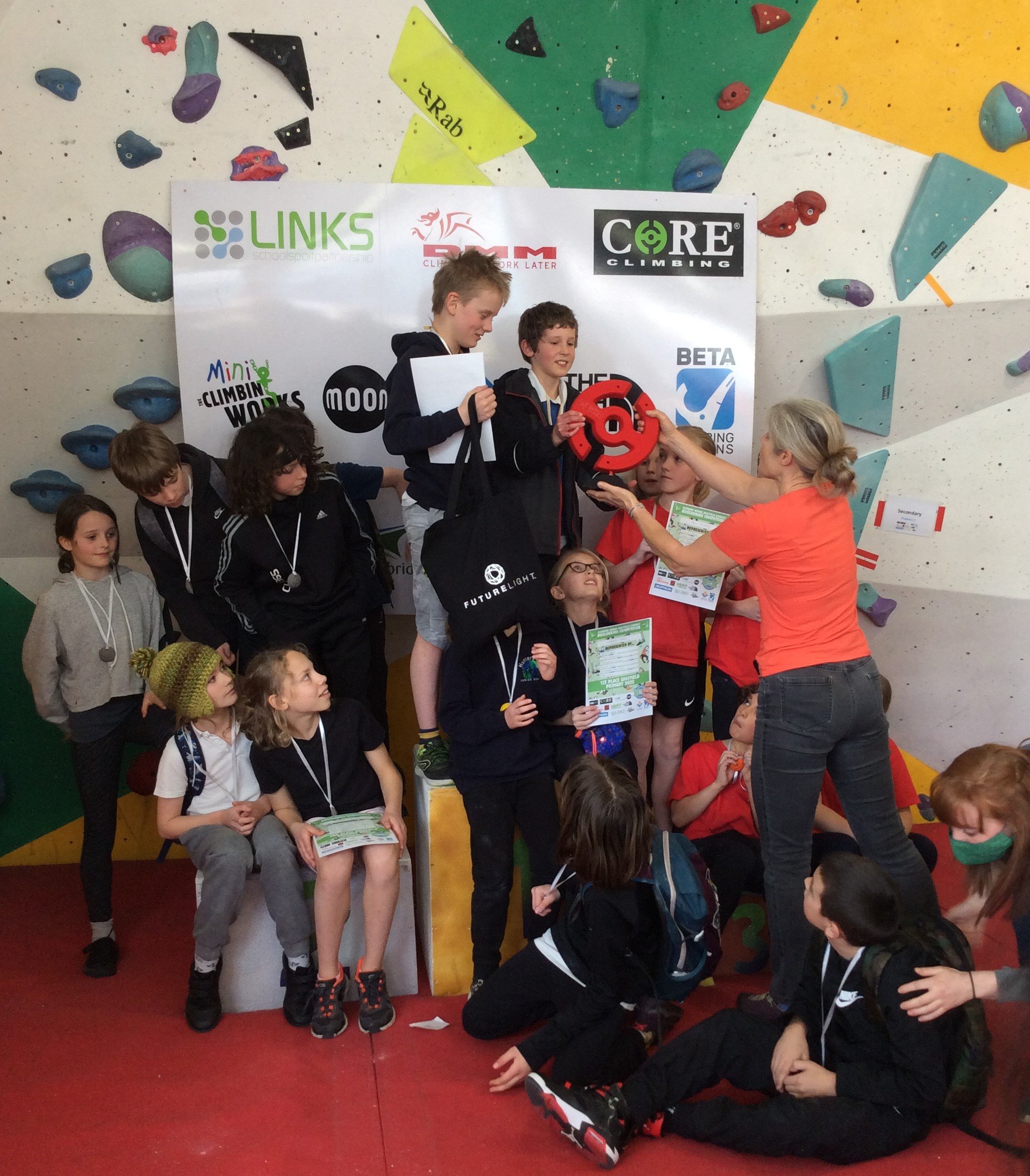 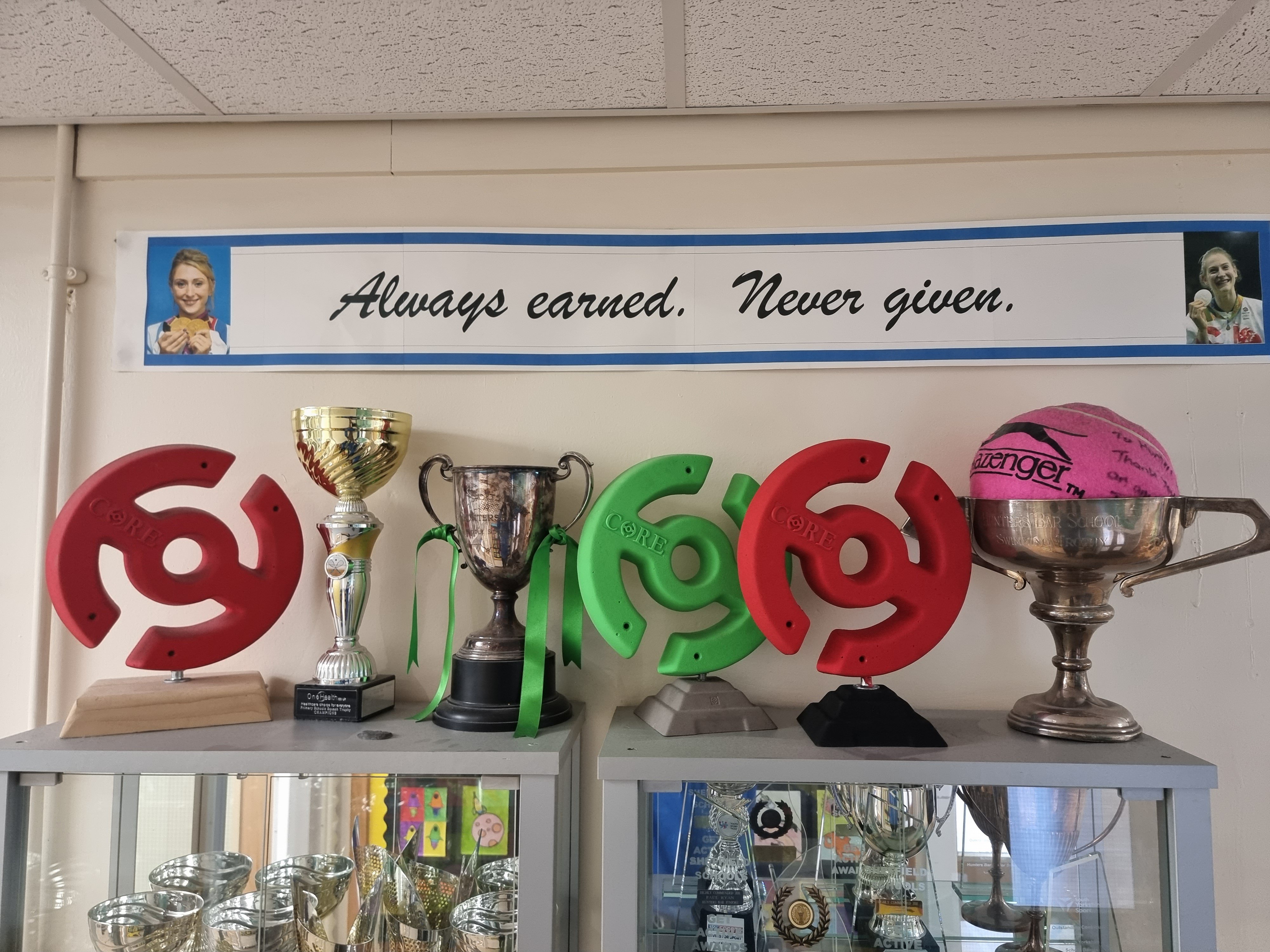 CB-"It was a fun day, it was climbing and climbing is always fun especially when I'm missing school. I'm really excited for the Greater Sheffield Finals on Wednesday (30th March), as we get to test ourselves in a bigger competition." 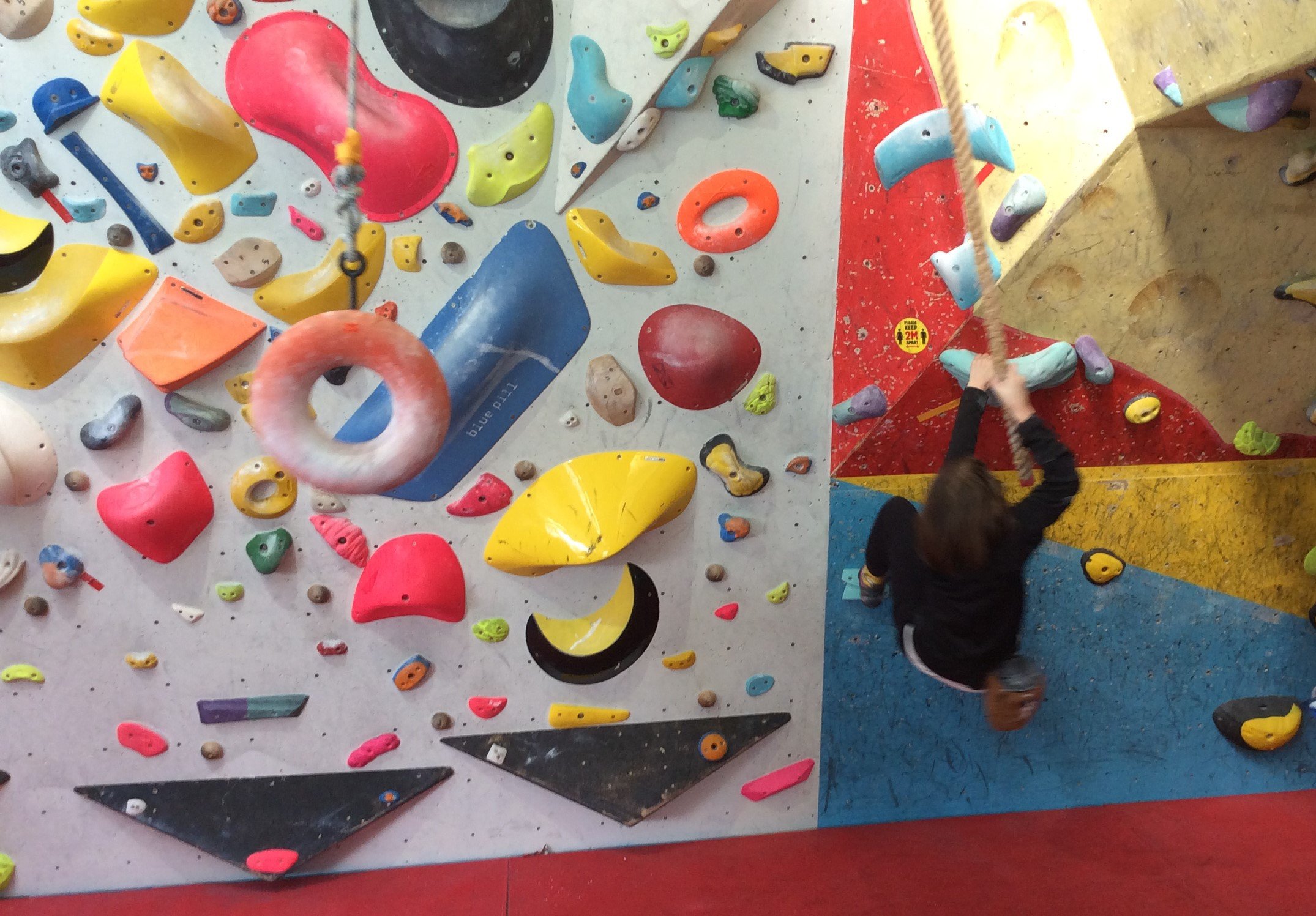 Ruth Harrington "All the staff said it was a fantastic event, full of enthusiastic youngsters who all tried really hard. Everyone that made it to our final should be really proud. 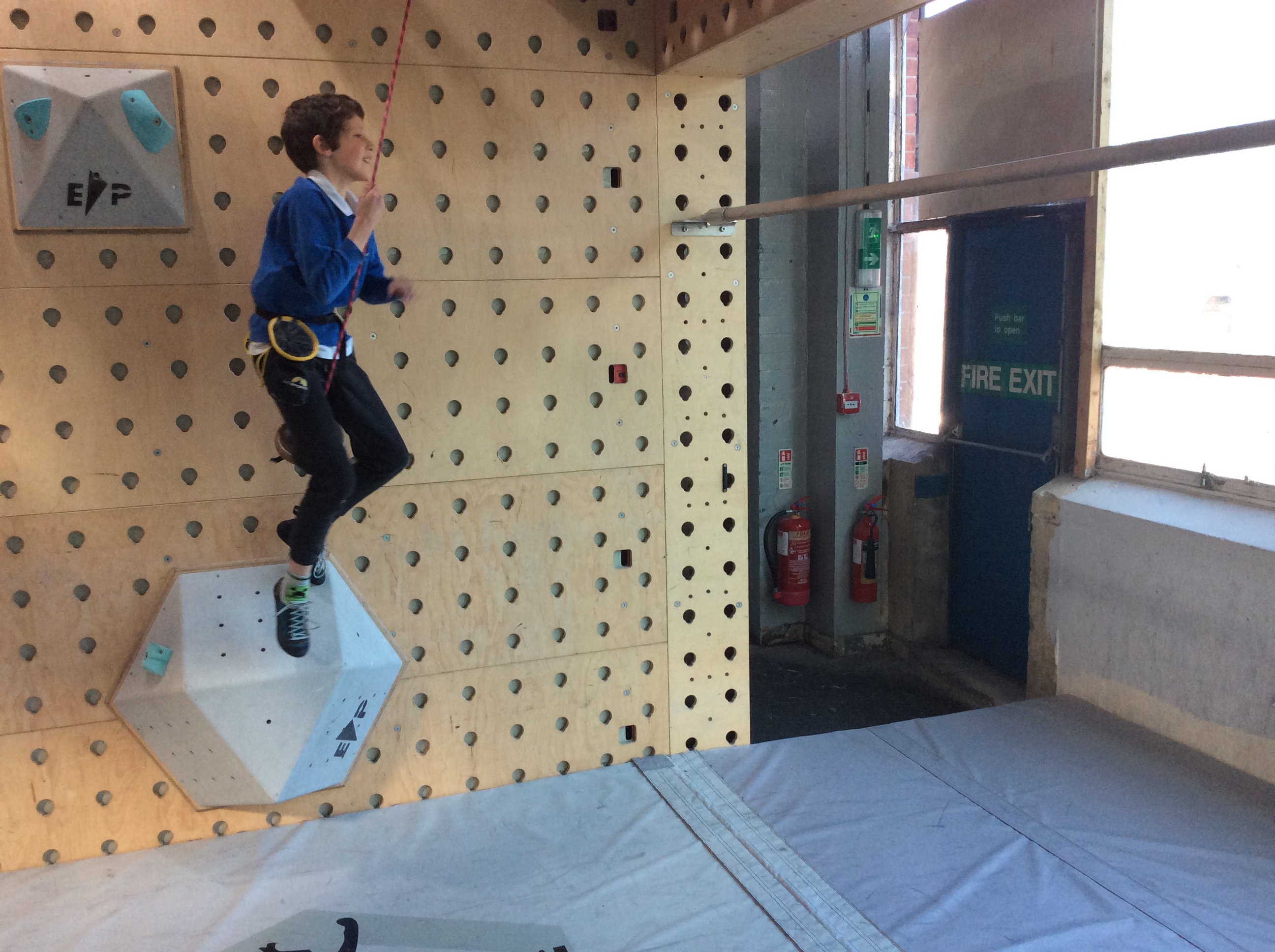 The final results for Sheffield Primary schools (Top 3)  were as follows... 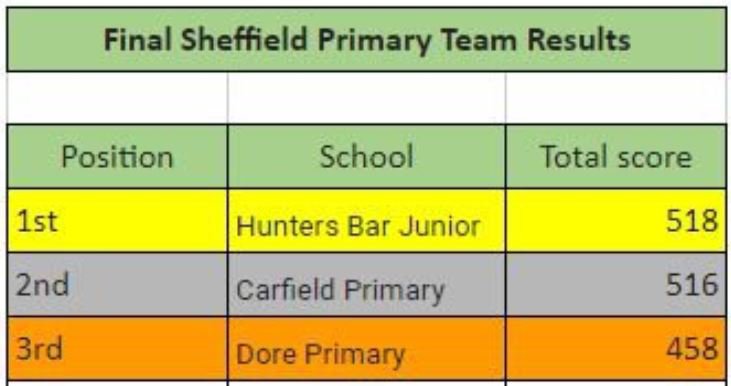 A big thank you to all of the teachers and parents that made it possible for your teams to join this year's event. There were even more hoops to jump through this year, but we hope you agree that it was all worth it in the end!

We also want to thank all of our Sponsors who provided the fantastic prizes, medals and supported schools in the qualification rounds. This year's sponsors were Core, Alpkit Foundation, BETA, The North Face, DMM, Decathalon Lattice, Wide Boyz, FiveTen and Moon." 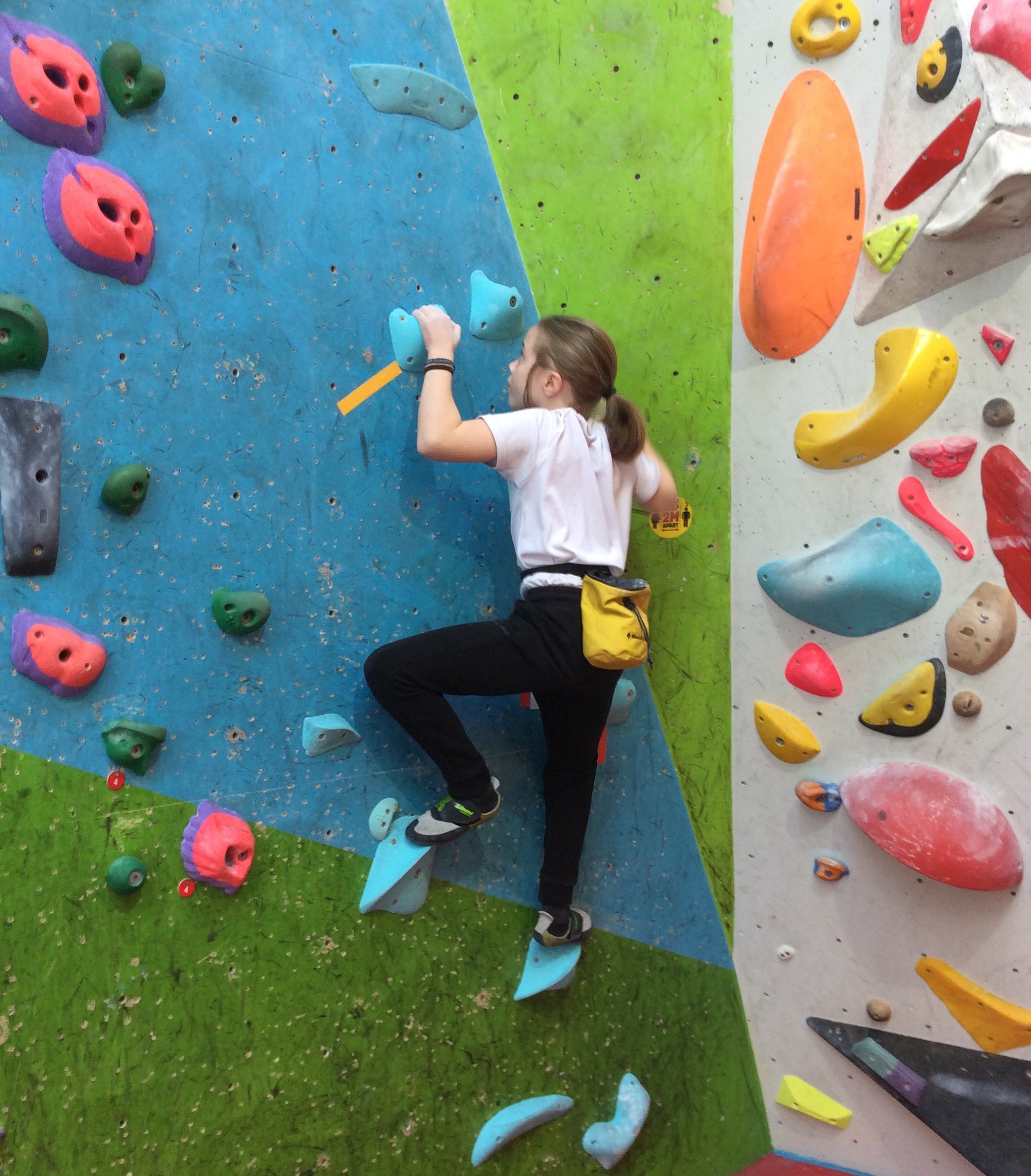