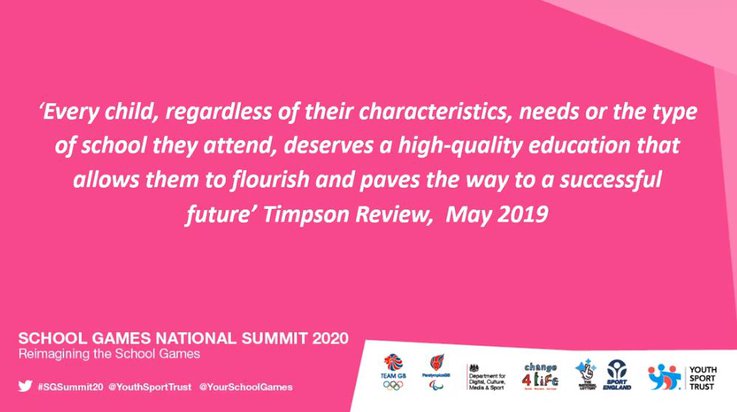 “For our pupils; activities that encourage teamwork and provide opportunities for them to succeed have the greatest impact. we passionately believe our pupils will succeed and provide a range of experiences; setting high standards through sport to make this a reality.”

Having sat on several exclusion panels as both a Multi Academy Trustee and school governor,  spending the last three years researching rising exclusion in England, and working with both Head Teachers and MAT CEOs in Alternative Provision, I have seen the patterns that lead to children being asked to leave their schools.

A common thread is trauma; invariably the root cause of the challenging behaviour that can spiral to exclusion. Recent research indicates a rise in primary pupils educated in schools for excluded pupils, (with nearly 6000 five-ten-year olds in this position) and in the DfE Children in Need Review it highlights that before the pandemic 1 in 10 children needed a social worker at some point. Yet now, during COVID-19, there are increasing concerns about mental health problems and trauma being exacerbated for young people. With families losing work, experiencing bereavement, anxiety and living in cramped conditions pending the local tier restrictions and full lockdowns, Head Teachers have highlighted the significant rise in safeguarding concerns  and this has also been referenced in the annual Ofsted Report with Amanda Spielman stating that ‘school closures during the first national lockdown had a ‘dramatic impact’ on the number of child protection referrals made to local authorities.

So what does the current exclusion landscape look like in our schools?

“There are longstanding trends that children with SEN are more likely to be excluded, both for a fixed period and permanent that those who do not have SEN.”

With 1 in every 200 young people in England educated outside of mainstream or SEN schools, and 40 children told each day to leave; the extrapolated costs for excluded children are worth more than £2.4 billion in education, health benefits and criminal justice system alone. There is a real case that school exclusion can often lead to social exclusion[1].

Through the School Games we have worked with 8 areas across the country through a network of highly specialised inclusive schools (mainstream, special and Alternative Provision) across England. Initial findings in 2017-18 demonstrated that there were thousands of pupils in schools, often our most vulnerable young people, not necessarily having access to the same opportunities as their peers nationally. This project focused on how school sport can engage these pupils through developing trust, belonging, teamwork and empathy.

To date, this work has created:

As well as the above, Development Coaches within the School Games network have identified five quick wins to support SGOs in engaging with their Alternative Provision schools. You can view them in the attached document. 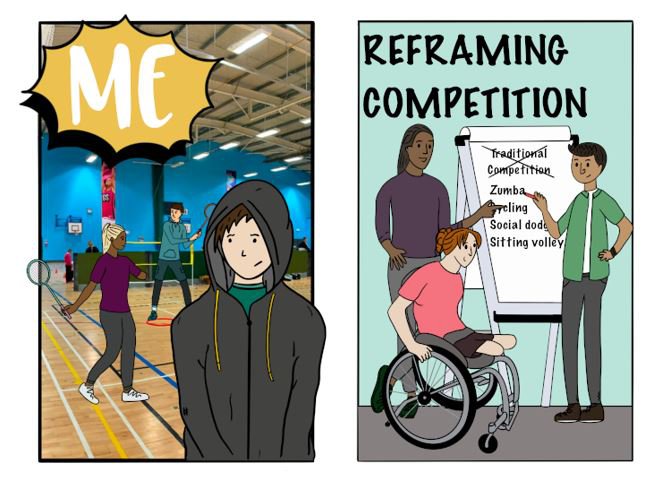 An example of two of the illustrated resources designed by a young person in an AP setting.