The 2018 Commonwealth Games officially came to a close in Australia last weekend after a fantastic twelve days of competition on the Gold Coast.

After 275 events in 19 sports it was the hosts who came out on top in the medal table. Team England finished in a hugely commendable second place, whilst our fellow home nations placed seventh (Wales), eighth (Scotland), and twentieth (Northern Ireland) respectively. It was an event which was also notable for the performances of more than 200 alumni of the School Games National Finals, the annual four-day multi-sport event, which has taken place since 2006.

In total School Games alumni competed in 11 different sports and won 85 medals – 24 golds, 28 silvers and 33 bronzes – which would have ranked a ‘Team School Games’ fourth in the medal table. 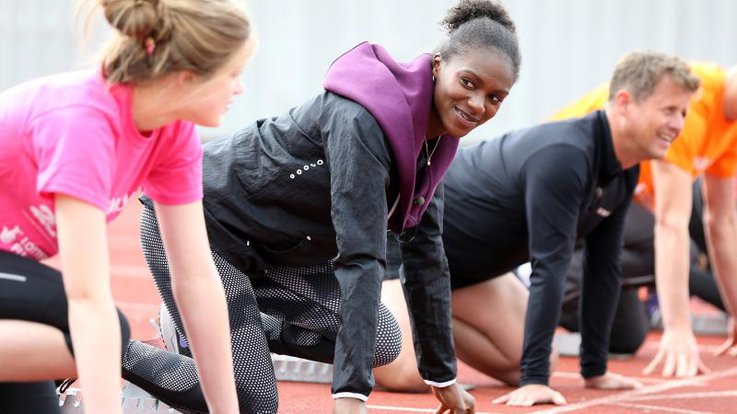 Amongst those leading the medal charge for our alumni was gymnast Nile Wilson who brought home an incredible five medals – three golds and two silvers – having won both the horizontal bar and all-around competitions, as well as being a part of the successful men’s team and finishing second in the rings and the parallel bars, taking his total Commonwealth Games medal haul to nine at just 22 years of age. Nile previously competed at the School Games in both 2010 and 2012.

Sophie Thornhill, who also competed at the School Games in 2012, was another big success story for Team England as she took home two gold medals. The visually impaired para-cyclist doubled her career Commonwealth Games medal tally by winning both the 1000m time trial B&VI, breaking her own world record in the process, and the women’s sprint B&VI. Her results mean she has now won four gold medals and broken four world records in just two weeks after winning the same two events at the World Championships a fortnight ago.

There were also plenty of more recent School Games alumni, including 18 athletes who competed in the summer of 2016, little more than 18 months ago. Amongst them was Welsh table tennis player Joshua Stacey who at just 18 years of age won bronze in the TT6-10 Singles. There was plenty of other home nation success too. Scotland’s Duncan Scott, who was at the School Games in 2012 and 2013, won four medals in the pool including gold in the men’s 100m freestyle. Whilst Northern Ireland’s Rhys McClenaghan won the men’s pommel horse in the gymnastics event four years on from the last of five consecutive School Games appearances between 2010 and 2014.

The School Games, which is supported by National Lottery funding from Sport England and is delivered by the Youth Sport Trust, has been a staple event for the most talented young athletes across the UK for more than a decade and has seen many hugely talented athletes compete under its banner.

The success of the event was first reflected in the performance of its alumni at the 2016 Olympic Games in Rio, when 56 of the 382 athletes representing Team GB (15% of the team) had come through the School Games. Olympic and Paralympic medal winners such as Adam Peaty, Dina Asher-Smith, Ellie Simmonds, Hannah Cockroft, Jonny Peacock and Max Whitlock cemented their status as household names whilst at the same time furthering the legacy of the School Games.

Development Manager for the Youth Sport Trust, Colin Smith, who leads on the School Games National Finals for the children’s charity, said: “We are delighted that the importance of the School Games has been reaffirmed by the performances of our brilliant athletes competing in the Commonwealth Games in Australia. We are incredibly proud of all of our alumni and to see so many of them go on to accomplish such amazing feats in the most prestigious competitions makes us excited about the future of the School Games and of British sport in general.”

More than 19,000 young athletes have competed in the School Games since its inception and that number is set to rise yet higher later this year when the 2018 event kicks-off at Loughborough University on Thursday 30 August. Tickets are already available so please visit the bespoke National Finals website to find out more: https://www.schoolgamesfinals.org/