A game traditionally referred to as a ‘collision’ sport with eleven players on each team in protective kit, the schools format is a safe, inclusive non-contact version between two teams of five players called Flag Football. This award-winning tag version offered by BAFA provides both competition and festival formats to suit pupils of all abilities. 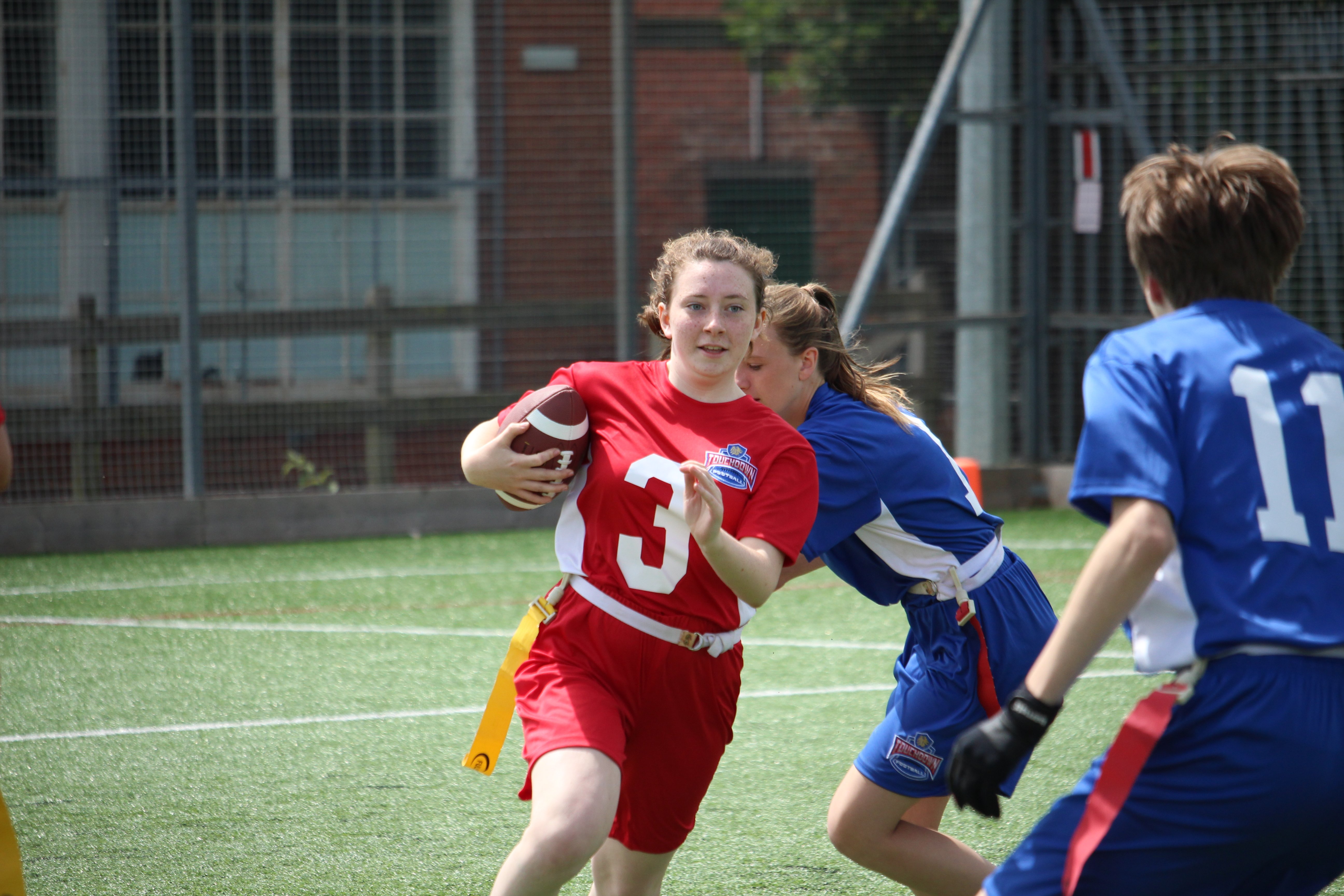 In order for a competition to be considered part of a School Games provision, it must follow a School Games format. All School Games registered users have access to our sport formats and can access the formats for this sport by clicking the button below. Alternatively, you can download the full American Football format pack by clicking here.