A water based sport which involves paddling with a single-bladed paddle. A canoe bears some resemblance to a kayak, but there are several differences between the two sports, with kayaking involving two blades and a different technique.

In order for a competition to be considered part of a School Games provision, it must follow a School Games format. All School Games registered users have access to our sport formats and can access the formats for this sport by clicking the button below. Alternatively, you can download the full Canoeing format pack by clicking here. 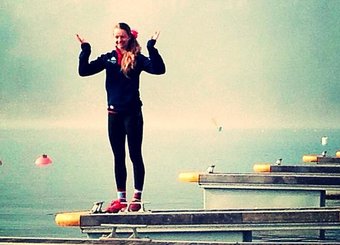 During the summer of 2016, we conducted a series of interviews with Team GB kayaker Emily Webb, entitled: 'The Diary of a Wannabe Olympian'. You can read the series in full here. Go there now
See all sports