Some of year 1 were lucky enough to be able to visit the LFC Academy and take part in a multi-sports festival. 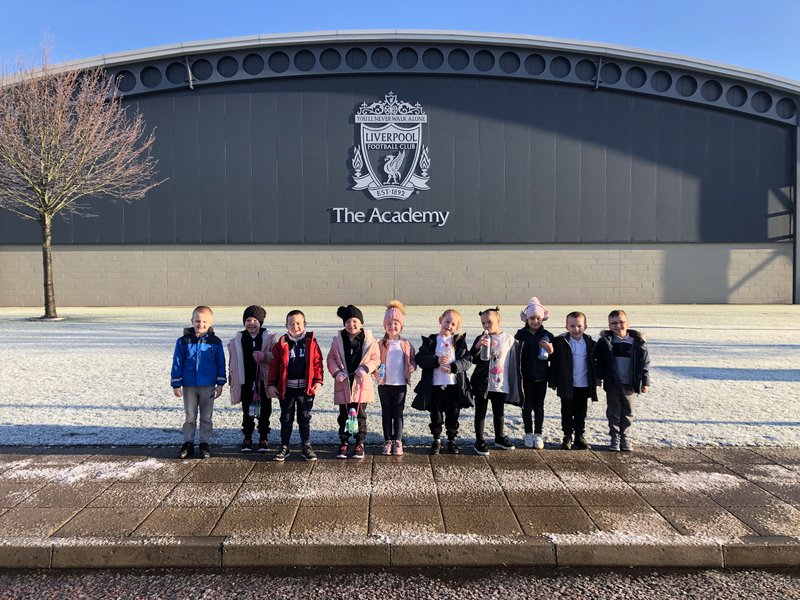 On Wednesday 23rd January a team of Year 1 children were chosen to represent Murdishaw West Primary School in a multi-skills tournament at Liverpool FC Academy. There were 5 schools taking part in total at the tournament. We took part in a range of activities. We started off by doing different exercises around a tug of war, hopping and crawling as fast as we could. Then we split into teams to play tug of war.

Olivia said “I really enjoyed this because the coaches joined in to help us, which was fun.”

We then had a chance to scores some goals, as we had a penalty shoot-out against some of the players from the academy.

Alfie said he really liked this part because he scored lots of goals.

Throughout the morning we then played in some 3-a-side mini football games and completed an obstacle course that was half the size of the football pitch!

Jayden enjoyed this part because “you have to try and win for your team!”

We showed great sportsmanship throughout the morning and enjoyed meeting some different people from the academy. We were friendly to children from other schools and included them in our games!