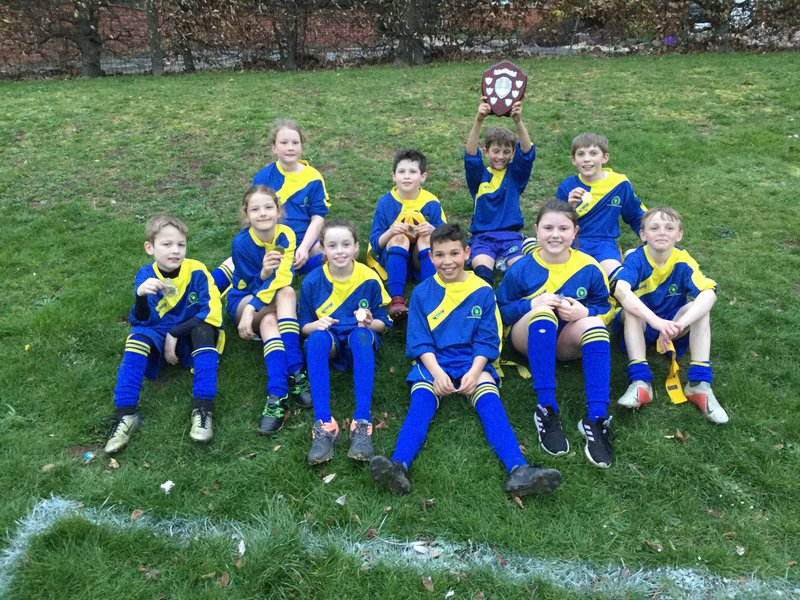 8 boys and 4 girls represented the school in a tournament where we were defending champions.  The team was made up of 9 Y5 children and only 1 Y6 child.

It was always going to be tough,and the first game showed us why, a stubborn Rangemore team played out a 0-0 draw with our team.  We had 5 disallowed tries!  (A record I think!)

In the second game we improved and the tries started to come.

Results of 2-0, 4-0 and 4-2 saw the team win the group on having scored more tries than the other teams.

In the semi we thumped Rykneld 4-0, and it could have been more.

In the final we faced All Saints from Alrewas.  Previous winners of the tournament, they were a good team.  But not good enough!

Our team were magnificent.  It was close, but we squeezed out the win with a 2-0 scoreline.

Playing ruby for the first time ever were 3 girls from Y5.

Super team spirit and a never ending determination was shown by all players.

We are an active school that loves PE and sport!